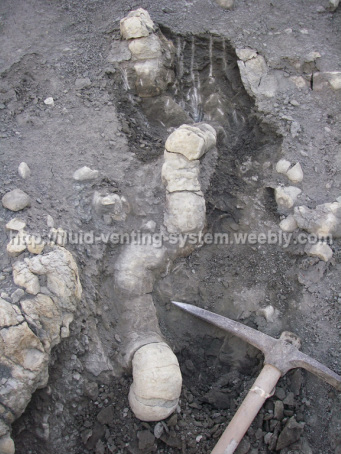 They are the product of chemical reactions: anaerobic methane oxidation and calcite precipitation in a depth of a few tens or a hundred of meters (Ritger et al., 1987; Campbell et al., 1993; Judd and Hovland, 2007). Methane authigenic derived carbonates (MDAC) are characterized by the depletion of carbon isotope δ13C in the carbonate fraction (Ritger et al., 1987; Campbell et al., 2008, 2010).

Active or live cold seep chimneys can only be observed at the present day seabed. Good examples are those at the continental shelf edge west of the Crimea Peninsula in the northern Black Sea. You can click on this link http://www.youtube.com/watch?v=P6tORN44X58 to watch a video of live chimney examples by MARUM/Max-Planck-Institute for Marine Microbiology Microhab.


Photo in the left is a fossilized MDAC tube of approximately 1 meter length that has been dug out by Blouet and Ho in 2013.
Solid bitumen inside fossilized MDAC tubes
Trace of hydrocarbon migration along fluid conduits is demonstrated by the presence of bitumen inside MDAC tubes (fig. 1).
Each MDAC tube often contains  a central conduit, which is for most of the time filled by, but not necessary, different kind of crystals including for example: calcite (fig. 1, 2), domite, barytine, pyrite or even solid bitumen (fig1, 3) (Agirrezabala et al., 2008).
In some cases, void or empty space can present inside the central conduit and form a canal (fig. 1). The process of central conduit infilling is entirely dependent on the frequency, duration, and intensity of fluid migration, which play a role to transport and depose ions and cations inside the fluid conduit for crystals growths and precipitations (see section here). 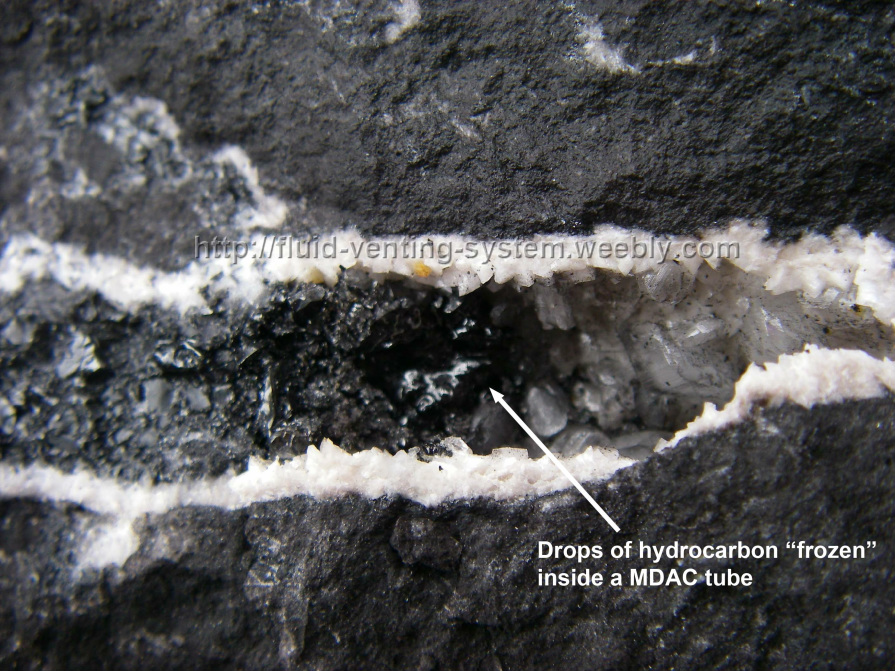 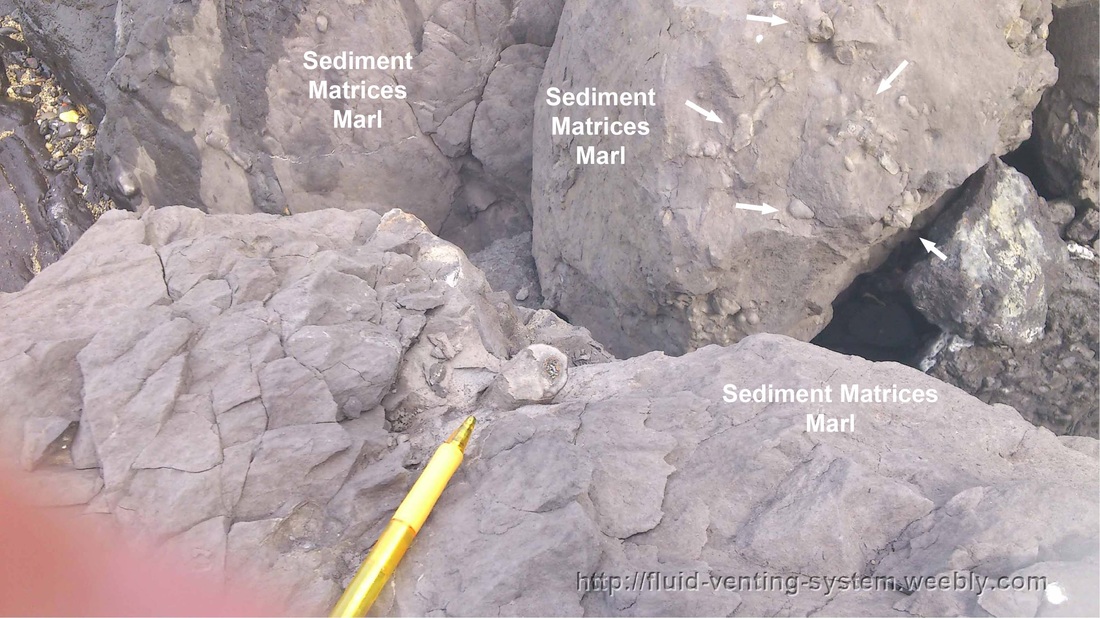