In this study we compare the expression of seep carbonates as high-amplitude patches on seismic data with the ground truth of outcrop analogues. The organizations of two different outcrops of methanogenic carbonates were compared with the positive high amplitude anomalies (PHAAs) that we observed in a high resolution 3-D seismic survey in Offshore Angola.

On seismic records, patches of positive high-amplitude anomalies commonly occur in the middle of hemipelagic series in continental slope settings. Individual PHAAs are typically sub-circular or elongate, and stack up vertically over several hundred meters in some cases.  PHAAs associated with acoustic chimneys or pockmarks, have been studied on a 3-D seismic survey of Offshore Angola. They correspond to seismically fast and high-impedance material, and often generate seismic pull-up effects. In the context of soft background, deep-sea sediments, such in our 3-D seismic survey, PHAAs are interpreted as methanogenic carbonates.

1)       The Kardala carbonate lens (over 30-m long and 5-m thick) reported by Agirrezabala (2009) in Mutriku is located above a fault, and is comparable with the smallest elongate PHAA seen on our survey, both as regards the size and the location above a fault (Fig. 1). The Kardala lens is composed by the aggregation of: oil-stained or bitumen-filled methanogenic carbonate nodules/conduits, either isolated or clustered, carbonate cements and benthic macrofossils. 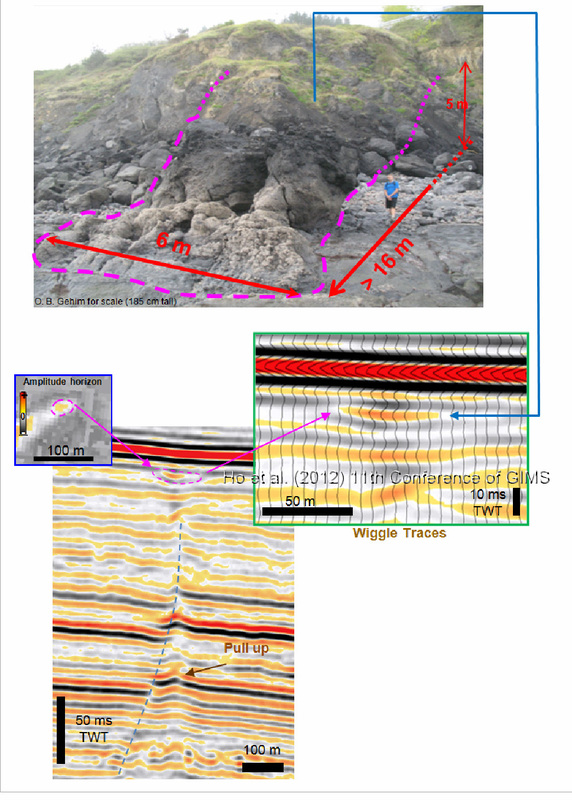 Figure 1: The outcrop of Kardala carbonate lens (> 30m long, 5m thick) in comparison with the smallest PHAAs (< 50m long) in the seismic survey of Offshore Angola.
2)        The vertical succession (over 80 m) of well continuous methanogenic carbonate layers in Gigors (Fig. 2) also shows heterogeneity both horizontally and vertically (see also Blouet et al., this volume). The carbonate layers are not pure but contain shale or coarse grained sands, macro and microfossils. Their individual thickness is less than seismic resolution, which means that seismic would respond in this configuration primarily to the stacking pattern of the beds. The soft / hard alternations could be similar to stacked anomalies observed offshore Angola. 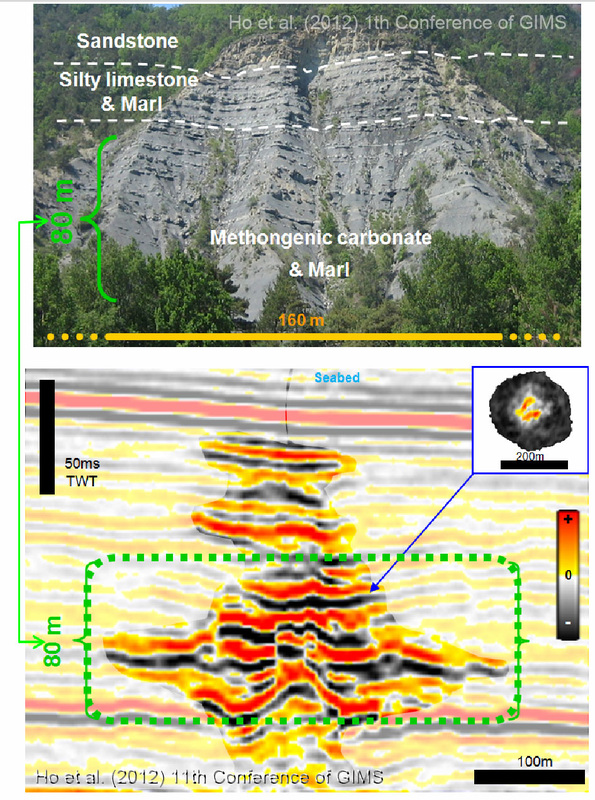 Figure 2: The outcrop of a vertical succession in Gigors (~ 80m) in comparison with the stacked PHAAs in the seismic survey of Offshore Angola.

Forward seismic modeling in progress will provide additional insight in the actual effect of heterogeneity in the bedding, and may help interpreting the actual lithology behind our seismic records, at least the variability that may be involved.