“ Mud volcanoes are locations where fluids and solids (water, mud, gas, and petroleum) well up through the Earth’s surface, driven by overpressures in the subsurface “ ‐Hovland (2012).

Documentation on mud volcanoes can be traced back to as early as the 19th century; for example Goad (1816) stud­ied the activity of mud volcanoes in Indonesia. In the early 20th Century mud volcanoes had already been thought to arise through vertical movements of water, gas and sediments through fissures in the earth’s crust triggered by the movement of tectonic plates (Hobbs, 1907). Today, in simple terms, mud volcanoes are considered as the surface expression of overpres­sured and liquefied mud that migrate from depths of up to several kilometres (cf. Morley, 2003, Deville et al., 2003).

An early drawing of a mud volcano by Weber, appears in Hobb (1907).
Overpressure in the subsurface that leads to mud volcano eruptions is thought to originate from one or more of the following geological processes; rapid burial of low‐permeability shales (Chapman, 1974), pore space reduction by tectonic compression (Van Rens­bergen and Moley, 2000), differential compaction (Van Rensbergen et al., 2000) or an increase in fluid volume as a conse­quence of hydrocarbon generation (e.g. Planke et al., 2003).
Mud volcanoes erupting at the surface are often sourced from tall culminations of remobilised shale in the subsurface (e.g. Tingay et al., 2003). These tall bodies of remobilised shale are called shale diapirs and are thought to be formed by grow­ing upwards from depth due to buoyancy (Van Rensbergen et al., 1999, Deville et al., 2003), or by high sediment accumulation rates and inefficient expulsion of water (Van Rensbergen et al. 1999). In the latter case, pore fluid increases above hydrostatic pressures that occur commonly in accretionary complex (Van Rensbergen et al. 1999), because of insuffiant accommodational pore spaces that are principally due to tectonic compressions (Chapmpan, 1974). Shale diapirsm can also occur due to differential loading (Van Rensbergen and Moley, 2000). Nevertheless, the exact forma­tion of mobile shale is still not well known as mentioned in numerous of literature and researchers are still investigating the original causes.
Recently a new hypothesis for the formation of mud volcanoes has been proposed. In sedimentary basins, Hovland et al. (2006) hypothesised that pore water can locally become supercritical attaining temperatures in excess of 400°C and pressures in excess of 300 bars. Supercritical pore water drives the expulsion of gas, liquid, mud and clasts to the surface (Hovland et al., 2006). Each expulsion of mud to the earth surface is interpreted as an act of pressure equili­bratation between  the mud chamber and surface (Devillet et al., 2003). Detailed information on the functioning of mud volcanoes can be found in e.g. Hovland et al. (1997) and Dimitrov (2002).

Taiwan Island, located on the volcanic arc on the plate boundary between the Eurasian Plate and the Philippine Sea Plate, is an ideal place to study mud volcanoes because mud volcanoes often develop in sedimentary environments on ac­tive or relict plate boundaries (Hovland et al., 2006).
Here are some pictures of famous mud volcanoes on the passive margin location of Taiwan island. 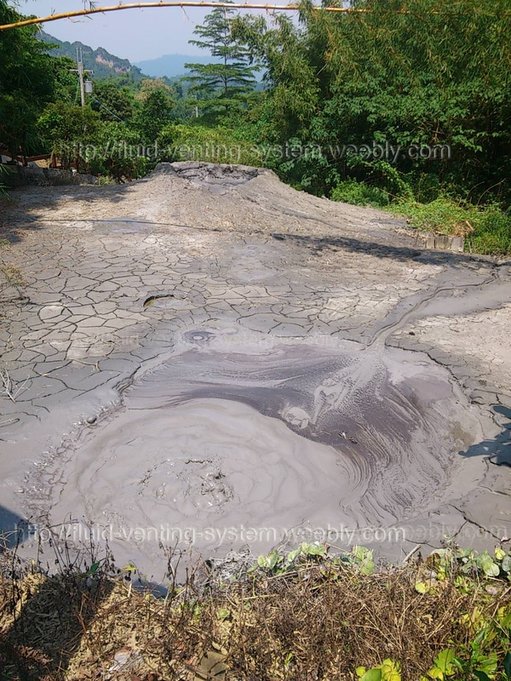 A gyphone (hinterground) and mud pool where liquid mud mixes with hydrocarbons (foreground). 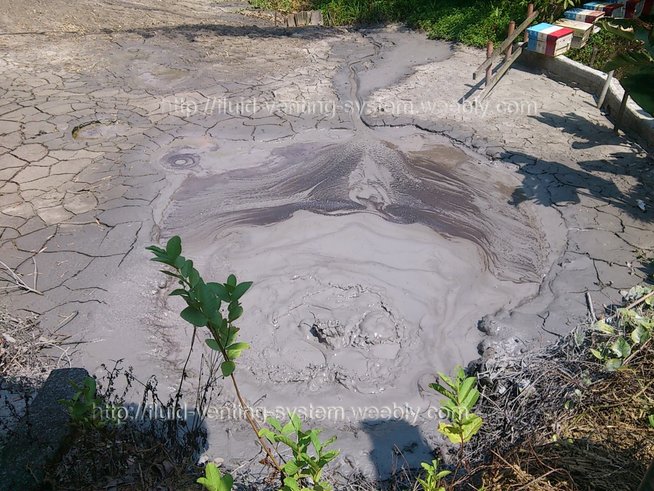 Close up of the mud pool. The curving brown geometries in the upper part of the picture are hydrocarbons. 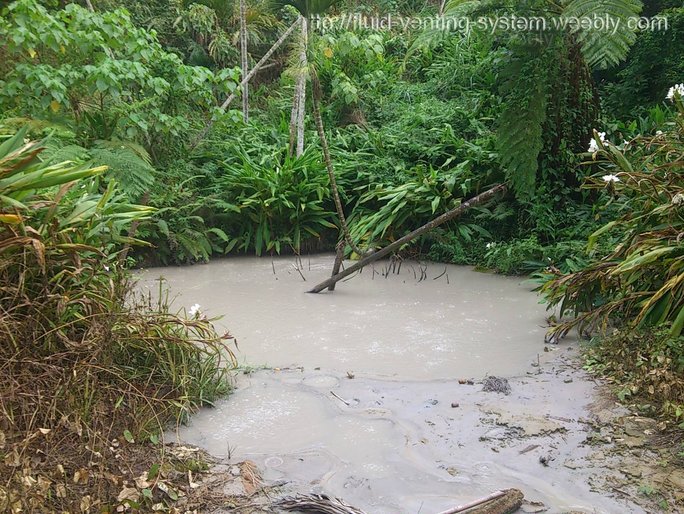 A pond with muddy water and CO2 bubbling in a deep jungle. 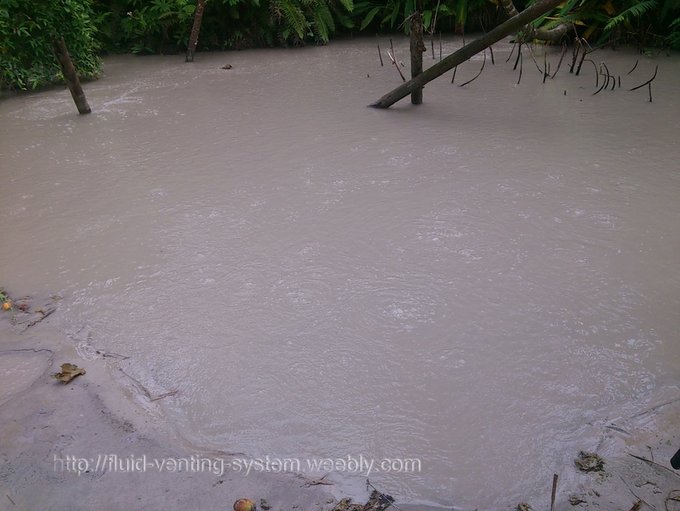 A close up of the CO2 bubbles in the muddy pond illustrated on the previous picture. 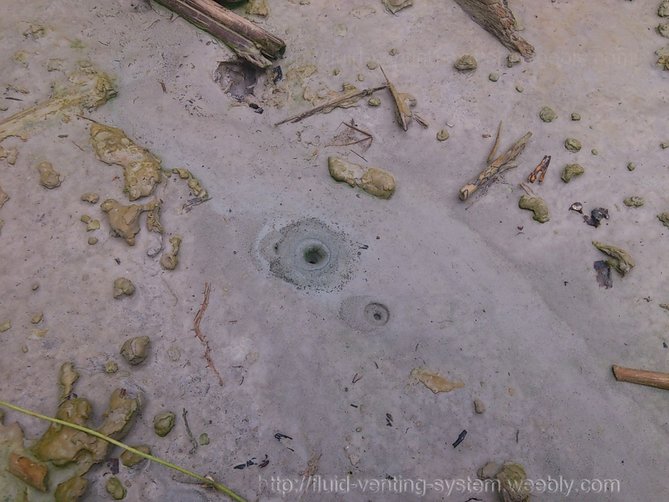 Two small craters generated by CO2 bubbles are situated on the drying mud at the edge of the muddy pond. They are approximately 10 cm in diameter. 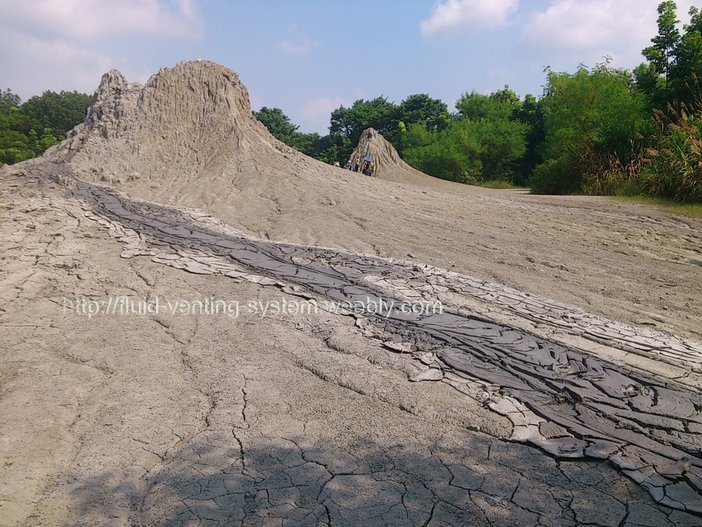 A mud volcano in the middle of the forest. 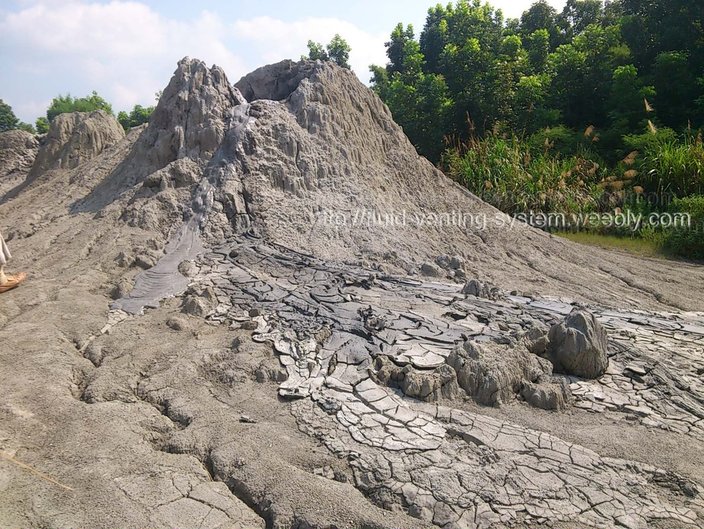 A close up of the mud volcano. 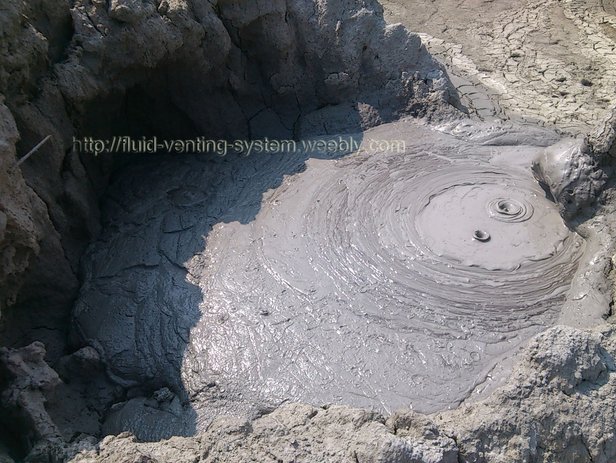 An active mud pool inside the crater of the mud volcano. 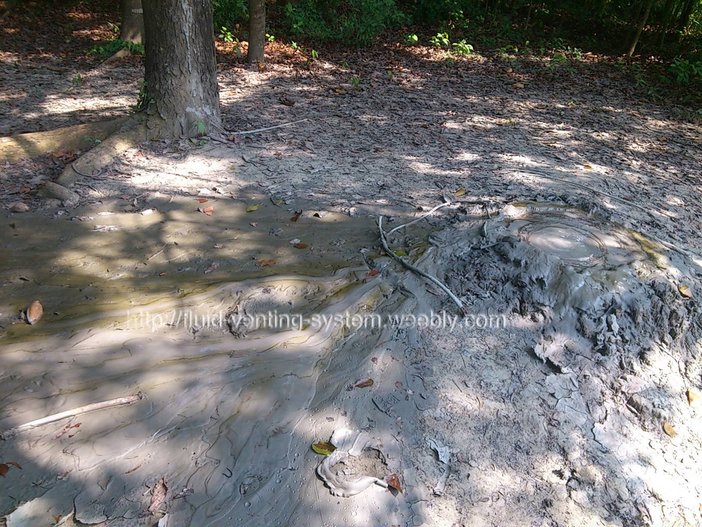 A small gyphone of ~50cm diameter. The brown rings are hydrocarbonate. 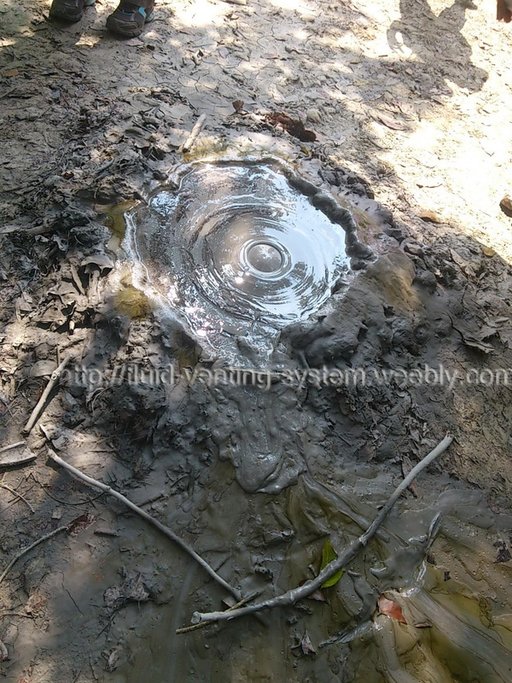